I never knew that eggnog could taste so good. I don’t like the store-bought kind, but this Keto eggnog is the best because it’s so creamy and yummy. It’s so good it tastes just like a dessert without the carbs that normally go along with it!

This recipe reminds me of when I used to make homemade custard in the oven with nutmeg on top. The first time I tried this low carb eggnog it brought back all those wonderful memories and reminded me how much I missed it!  You just need to add some low carb whipped cream on top to finish it off and make it perfect. I’m sure you’ll love it just as much as we do!

It’s no surprise that eggnog is a drink made of eggs, along with some kind of cream or milk.  Those are the main ingredients. Then added to it is some kind of sweetener and essential flavors of vanilla and nutmeg.

It is a winter drink and sometimes it is made with rum in it, which will warm you up….a nice drink to have as you sit being cozy in front of the fireplace.

To make this a low carb treat you need to replace the sugar with a low carb sweetener, like powdered Swerve which we feel is the best at recreating this yummy drink.

Eggnog tastes like a creamy, dessert, kind of like a creamier version of vanilla ice cream with nutmeg, which gives it such a unique flavor. It really reminds me of the homemade baked custard that my Mother taught me how to make when I was young and that I have continued to make throughout the years.

Can I Drink Eggnog on a Keto Diet?

Normally a person on Keto cannot drink eggnog because it has sugar and milk which both have a lot of carbs. So we created this sugar-free version without all the carbs so that it can be enjoyed by anyone on a low carb diet.

Our Keto Eggnog has only 3.3 NET Carbs per serving, which means you can definitely enjoy this dessert even while limiting your carb count.

For traditional eggnog, you whip up the egg whites until stiff peaks form and then fold the egg whites into the eggnog mixture.  Some people wonder about the raw eggs making eggnog unsafe to drink because of the salmonella risk eating raw eggs. One way to get around this is to use pasteurized eggs.

You could also heat the mixture using the beaten egg whites mixed right into the egg mixture. That way the whole thing is cooked.

We actually made the keto eggnog only using the egg yolks. Then at the end, we folded in some homemade, low carb whipped cream (the recipe is also on our website) which made it thicker and creamier. I think it came out great!!

What Ingredients are in Homemade Keto Eggnog?

Heavy Cream – This has a lot more substance, and thickness than using milk, plus it has fewer carbs than milk does which makes it more low carb friendly. Heavy cream has about 6.72 carbs per cup, whereas milk is double, 12 grams per cup.

Unsweetened Almond Milk – This thins out the eggnog just enough, creating the perfect consistency.  It’s also low carb, with only 8 carbs per cup.

Eggs – You can use whatever size eggs that you would like,  but I always use Jumbo eggs for all my recipes.

Vanilla and Nutmeg – These 2 flavorings give your low carb eggnog the most taste and are essential.

Which Sweetener is Best for Keto Eggnog?

Obviously, if we want our eggnog to be low carb we cannot use regular sugar which is very high in carbs.  Instead, we need to use a low carb/no carb sweetener.

By using a granulated sweetener like granular Swerve or Monk Fruit, it can leave your egg nog a little gritty because it may not have dissolved all the way. It’s kind of like adding sugar to your coffee and it does not totally dissolve.

So the sweetener of choice would be the powdered Swerve, it’s like confectioners sugar. It’s light and powdery and dissolves very easily.

Can I Add Alcohol to Low Carb Eggnog?

Yes, you can add alcohol to your low carb, creamy eggnog, in fact, we encourage it if you like that! The best kind to add would be rum. It has no carbs and it goes best with it.

A little goes a long way. You don’t want to overpower your eggnog, you just want the rum to be a compliment, not too much where it would overpower the other flavors.

How to Make Keto Eggnog

The first step is to separate the eggs.

Then put the egg yolks into a saucepan along with the heavy cream, almond milk, and powdered swerve.

Whisk continually over medium heat until the mixture reaches 160 degrees.

Do not boil the mixture, just bring it to the steaming point.

Turn off the heat and then add vanilla and nutmeg. Let cool for a few hours.

When you get ready to serve your creamy, sugar-free eggnog, top it off with whipped cream and a dusting of nutmeg.

What Can I Add to Eggnog?

My favorite garnish on top of my eggnog is always whipped cream. It’s the best!!

You can also add whipped egg whites, which can give your keto eggnog more substance or if you feel like it, you could always add a splash of dark rum.

Other Diets this recipe is good for

Gluten-free – This is another great treat for our gluten-free readers.

Vegetarian – There are no meat products in this eggnog, so as long as you are ok with dairy you’re good to go.

Nut-free – There are no nuts at all in this recipe.

What to Eat with Eggnog?

I think the best time to have your low carb eggnog would be for a brunch. Not early in the am, especially if you are going to be adding rum to it.

But with brunch, it’s a little later than breakfast, and usually, there are a lot more selections of food for your meal. To me personally, I think it’s so much more like a dessert so I would eat it at the end of my meal.

If you are having it for dessert, why not try a glass along with some Keto Peppermint Patties or Sugar-Free Peppermint bark?!

Maybe you are the only one in your house that likes eggnog and the portion here is just too much to make for just one person.

So by all means, try a half batch, which would be 1 cup of cream, and ½ cup of almond milk, 2 eggs, ⅓ cup powdered swerve, 1 tsp vanilla and ¼ tsp nutmeg. Now you have your own personal size eggnog!

How to Store Eggnog

If you don’t finish your homemade eggnog on the first day, it will keep for 2-3 days in your refrigerator if you keep it cold. I think the best way to store it in the refrigerator is to put it in a glass jar, then when you want to enjoy some, just shake it up, pour it in a glass and then add your whipped cream on top.

If you’re in the mood for some other Keto-friendly Desserts, check out our:

All of them are Keto-friendly and low carb, and will have your friends raving!

This is the best, most creamy Keto eggnog that I have ever had. It’s sugar-free and perfectly good for being on a low carb diet. It’s almost like a yummy dessert!

Some people worry about whipped raw egg whites causing salmonella. If you are worried, then either cook the egg whites along with the yolks or if you are like me I don’t even use the egg whites in my egg nog at all. 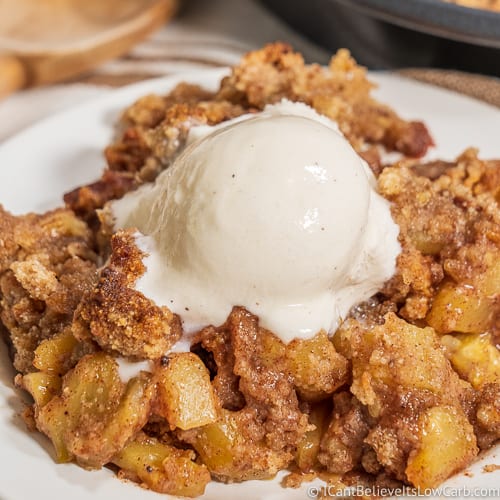 Subscribe to get FREE Keto and Low Carb Recipes delivered straight to your inbox! 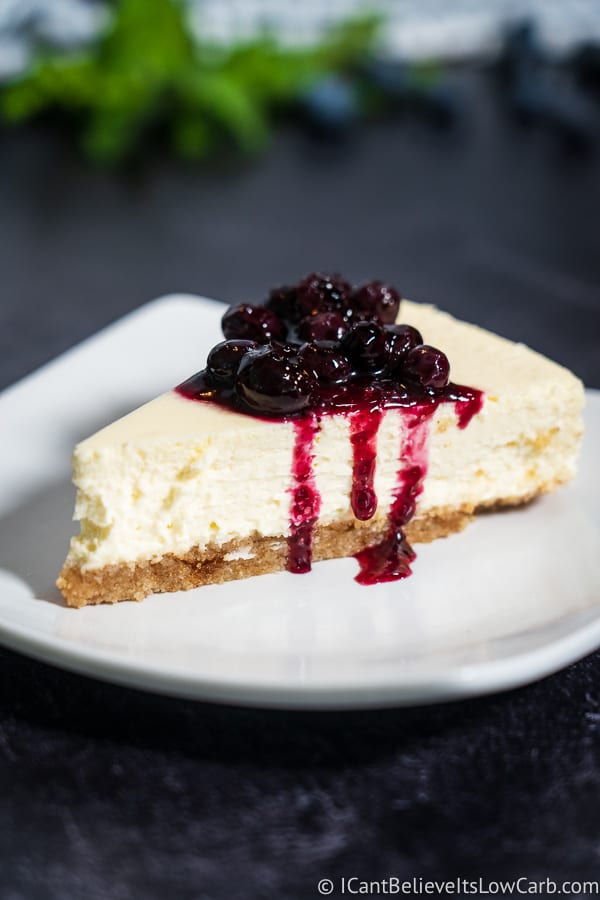