These delicious Tuna Stuffed Tomatoes are a great summertime meal, either for Lunch or Dinner. It’s a recipe that I have been making for years, this is one of my go-to recipes. It’s so easy to make and it makes for good leftovers for the next day.

These tuna stuffed tomatoes are so good because they are quick and easy to make, they are low carb and a great lunch or dinner to make without turning on the stovetop or oven. No added heat to the kitchen! I’ve been making these for years because my husband likes it in the Summer when you don’t feel like something hot but you just want something cool for dinner.

These Low Carb Stuffed Tomatoes are so easy to make but also bite-sized and jsut as easy to eat. You can just pick them up with your hands and pop them in.  They are super versatile because you can eat them alone or place them on top of green tossed salad. Then your Tuna Stuffed Tomatoes are a filling meal.

It’s especially nice when you have a garden and you have so many tomatoes that you don’t know what to do with all of them. Even if you have larger tomatoes, they can also be used to make your Low Carb Stuffed Tomatoes. Just increase the ingredients and make a bigger batch. Yummy!

What Ingredients are in Tuna Stuffed Tomatoes?

Tomatoes – I like to use Campari tomatoes. They are available year-round and they are a sweet tomato. They are also the perfect size for stuffing, not too big and not too small.

Tuna – You can use any type of tuna that you want to use. I use Chicken of the Sea, chunk light tuna in water, but any brand will do or even in oil. Just make sure you drain it properly before stuffing.

Mayonnaise – The only type of mayonnaise to use is Hellman’s. It’s the best, hands down. Don’t use a cheaper mayonnaise because it will ruin your Low carb Stuffed Tomatoes, unless you have your own homemade mayonnaise recipe you like.

How to Make Tuna Stuffed Tomatoes:

Making tuna-stuffed tomatoes is easier than you might think and I’ll walk you through each step!

1. Cut the tops off your tomatoes, core out the center to make room for the stuffing mixture.

2. Open your cans of tuna fish and drain off water. The more water that you can drain off the better.

3. Chop the celery and scallions and add to tuna.

4. Next, add the mayo and all of your seasonings and mix everything together.

6. Garnish with a small amount of chopped parsley on top.

7. Refrigerate for 1-2 hours and then serve.

One thing that can be added to your Homemade Tuna Stuffed Tomatoes is hard-boiled eggs. The eggs make them a bit more hearty and add a lot more flavor. When you are on a low carb way of eating it seems like eggs become a big part of your diet. So it’s nice to do something different with eggs for a change. Add 2 hard-boiled, and finely chopped, eggs to the tuna mixture and blend.

If you add the eggs it’s going to bring up the volume of the tuna mixture, so you may find that you may need extra tomatoes. It also depends on the size of the Campari tomatoes. as to how many that you will actually use so have some extra ones on hand.

Another thing that adds a little zest to your Tuna Stuffed Tomatoes is dill relish. This is a favorite recipe hack of my husband and he loves to add a spoon full of dill relish. It’s only about 1 net carb per serving you don’t have to feel bad if you add it to the recipe.

Because we lead such busy lives, people are always looking for ways to make meals in the least amount of time, especially after working all day, but also at the same time having homemade things, especially when you are trying to eat healthy.

One thing you could do is make the Tuna mixture earlier in the same day or the night before, and then stuff the tomatoes just before you are ready to eat them. If you stuff them too far ahead of time they could become soggy though, especially if you don’t drain all the water off of the tuna fish.

Also, make sure that the tomatoes you use are the correct ripeness. If they are too ripe they won’t hold their shape enough for stuffing, plus they will be too mushy and make your tuna mixture too runny.

If the tomatoes are not ripe enough then they won’t have too much flavor and also be too hard.

It’s also crucial that you make sure to drain all the water off your tuna so that when you add it to the mayonnaise it won’t be runny.  This is very important because they will become very messy to eat if you don’t.

Is this Tuna Stuffed Tomatoes Recipe Served Hot or Cold?

These Stuffed Tomatoes are made to be served cold.

There are some stuffed tomatoes that do go in the oven and you eat them hot. Those seem to be the ones that have, for instance, cheddar or mozzarella cheese in them, or some cheese that melts.  Generally not a low carb version because they have maybe rice in them and bread crumbs and cheese on top, hence the reason for eating it hot.

It’s nice that mayonnaise is low carb because it adds a lot of flavor and texture to these Tuna Stuffed Tomatoes, and especially in the Summer or hot weather, they are a refreshing, perfect meal. They do not have to go in the oven to get creaminess.

Yes, they are low carb at 7 grams of carbs per cup. Just be careful you don’t overdo it because it’s easy to eat a lot of tomatoes if you’re like me.

Tomatoes are considered a fruit so when I changed my diet to low carb and tried to figure out what I could eat that would be acceptable, I was so happy to read that even though its a fruit it’s considered an acceptable vegetable to eat.  So eat a few tomatoes and enjoy them.

What Can I Serve with Low Carb Tuna Stuffed Tomatoes?

For the most part, I’m serving this recipe as an appetizer for my meal and not the main course and there are many things that go well with them.

One good thing that you can serve with your Keto Tuna Stuffed Tomatoes is to put them on a bed of lettuce. That way you will be getting your protein along with a salad, which is a good combination. With the delicious flavor from the Tuna Stuffed Tomatoes on top of a bed of lettuce, it’s not necessary to add dressing to your lettuce, unless you want to.

Also, you can cut up some fresh veggies like cucumbers or celery sticks or even a few carrots sticks and place them on your plate on top of your lettuce alongside your Stuffed Tomatoes. It’s healthy and filling and makes a beautiful presentation, so much so that you could serve it if you have guests over to eat at your house. If you have any extra tuna but not enough tomatoes you could always use your celery sticks to dip in.

What Temperature Should I Serve Stuffed Tomatoes at?

Since you are dealing with tuna fish and mayonnaise, they both do not do well out of the coolness of the refrigerator for an extended period of time. So it’s best to serve your tuna Stuffed Tomatoes, cold, right from the refrigerator.

You can store your stuffed tomatoes in a plastic container with a tight filling lid and then put them in the refrigerator. However, since you are dealing with mayonnaise and seafood, they will not hold up too many days after you make them.

They will tend to become moister after they are made, the longer that you keep them. Between the moisture of the tomatoes and the moisture in the mayonnaise, for best results keep them for only 2 or 3 days.

Can you Freeze Stuffed Tomatoes?

Sorry to say but fresh tomatoes do not freeze well. So don’t waste them by trying. They will just get real mushy. Instead, just refrigerate them and enjoy them the next day.

If you’re in the mood for some other Keto Appetizer recipes then try our:

The best Tuna Stuffed Tomatoes recipe ever! An easy to prepare snack to eat and perfect to serve for guests. It’s Keto friendly and gluten-free too.

It’s really important to make sure that you drain off any excess water in tuna so as not to make the mixture runny.

If you want you can make more than 20 tomatoes, just increase the tuna mixture. 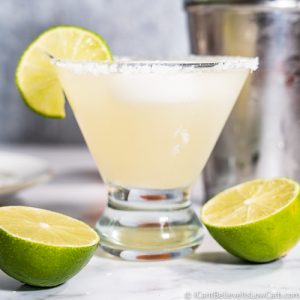